Our topic for term 3 is Mysterious Maya.

As historians, we will be exploring the civilization of the Maya people c. AD 900 as an example of a non-European society that provides contrast with British history:

As geographers, we will be…

As scientists, we will be describing…

Our topic for term 2 is ‘Anglo-Saxon Invasion’.

Chronologically continuing straight on from our previous topic, we will be learning all about what happened in Britain after the Romans left.

As historians, we will be asking questions including:

As scientists, we will be exploring:

As artists, we will be:

The Sea Turtles’ theme for term three is ‘Mysterious Maya’, during which we will learn all about these fascinating people who were ahead of their time until they were invaded by Europeans and their great civilization was mysteriously wiped out.

In English, we will be reading Middleworld, an exciting quest story about stolen Maya treasure. Our grammar focus will be question tags, the subjunctive mood, progressive verb forms and narrative language. Our second unit in English will be on explanation texts, and will link closely with our science focus of the Earth in space. The Maya were accomplished astronomers and we will be comparing their theories with our modern-day understanding of the universe.

As historians, we will be looking at how different primary sources can be combined to build an overview of a period in history, learning about the Maya’s achievements, language and religion along the way. In geography, we will be learning about the countries, landscape and climate of Central America, as well as looking at who the Maya traded with.

In maths, we will continue to look at fractions: how to multiply and divide fractions, as well as more complicated decimal equivalents and how to calculate percentages. Following completion of this topic, we will move onto learn how to calculate perimeter, area and volume of compound shapes.

Our sharing assembly, which will cover our ‘Roman and Anglo-Saxon Invasion!’ topic is on Friday 17th January. We hope to see you there.

Our topic for term 1 is ‘Roman Invasion’.

We will be learning all about the spread of the Roman Empire and how this impacted upon life in Britain.

As historians, we will be asking questions including:

As geographers, we will be investigating:

As artists, we will be experimenting with:

Sea Turtles have had an absolutely fantastic time learning all about the Roman Empire and how its army quashed the Celts across Europe and the Mediterranean before finally conquering Britain – albeit on their third attempt! The story of Julius Caesar has been particularly intriguing.

For term two, our new topic, ‘Anglo-Saxon Invasion!’ will continue the story chronologically as we learn why the Romans were forced so soon to retreat from our shores as other people began to settle. We will learn about the different homelands of these peoples and how they carved Britain up into kingdoms such as Wessex which we still refer to today; the artefacts uncovered at Sutton Hoo will provide an opportunity to explore how historians are able to piece together past lives in order for us to learn more about different eras. Our new class text, The Buried Crown, is also inspired by the find at Sutton Hoo.

In art, we will be looking at Anglo-Saxon patterns and replicating these in clay whilst in science, our focus will be levers, following on from the catapults we have been making in DT as part of our Romans learning. Multiplication, division and fractions will take us up to Christmas in maths. PE this term will be gymnastics, led by Miss Thomas, and football, led by Mr. Hull.

Please note that, due to a clash of dates with the Clifton Cathedral choir concert (Friday 6th December), our sharing assembly will now be on Friday 17th January 2020, when we will be sharing our learning about our first two themes alongside an extravaganza of music and drama. We also have our exciting school trip to the Roman fortress, baths and legionary museum in Caerleon, Wales, on Tuesday 3rd December – details to be provided after half term. I hope all of your families have an enjoyable week. 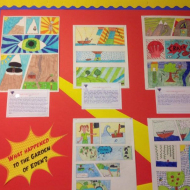 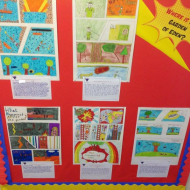 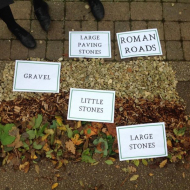 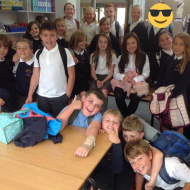 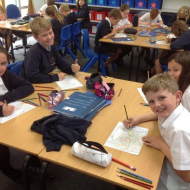 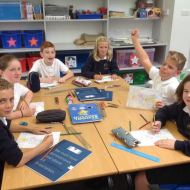